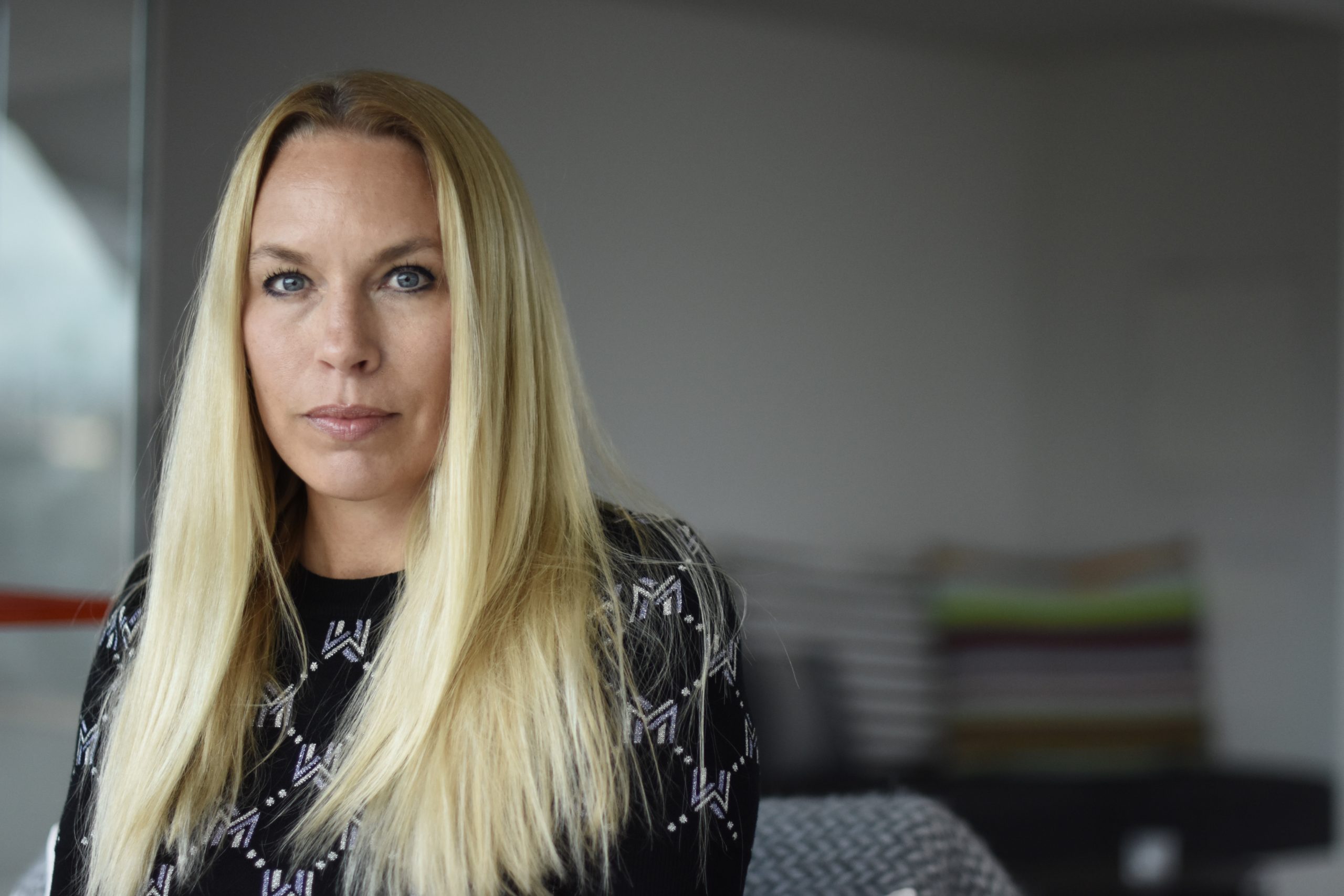 Boel Rydenå-Swartling – Interview about the start-up of Charge Amps

How did you come to be one of the founders of Charge Amps?

Back in 2013, I was running a consultancy company with the emphasis on organisational and careers advice. One of the assignments we were working on was for an IT company called Starmind, which was owned by Fredrik Jonsson. Fredrik is a true innovator who is passionate about developing new ideas and products, and I soon noticed that he didn’t seem to be devoting his undivided attention to Starmind. So, I asked him what was laying claim to his time and interest outside of work.

Fredrik told me that he had just bought an electric car – a Nissan Leaf, actually the first one in Sweden – and that he’d designed a charging cable for himself. The reason for this was that he thought the cable that came with the car was too unwieldy and that it didn’t work very well. When he subsequently talked about his own-design charging cable on a Norwegian Nissan forum, it triggered a flood of enquiries about where people could buy this version of the cable. In just a year he had sold cables worth SEK 1.5 million, primarily to electric car owners in Norway. That’s not bad for a little kitchen-table operation in Sollentuna, Sweden, and I could see plenty of potential in his business concept – from both commercial and environmental perspectives.

It was in the autumn of 2013 that my conversations with Fredrik began to focus on the fact that his unique charging products had enormous commercial potential, and that they could help speed up the transition to electric motoring, because if there’s a quick and convenient way to charge, more people will switch to electric operation. After all, Fredrik had created something that a growing group of quality-conscious electric car owners were asking for, with the emphasis on the users’ needs rather than the product, and this appealed to me with my background in consumer goods. The vision was to make charging electric vehicles safe, simple and convenient, and his initial product was an important step in the right direction, with huge potential for growth on a rapidly expanding market.

It all sounds simple and obvious – but was that really the case?

Things like this often look obvious in retrospect, but it’s a demanding journey to take a hobby business and convert it into a growth enterprise. Particularly in the field of industrial goods. That said, I did have previous experience in building businesses, and when Fredrik called me and asked if I would join him on his journey, my response was never in any doubt, so I came on board as co-owner.

What were the biggest challenges you faced back then?

In the same way as a lot of companies, we faced a number of major challenges – everything had to fall into place. All we actually had was the product, small-scale production, limited internet sales and some young staff taking care of delivery and support. This meant that we had to make improvements in all areas to create an efficient and scalable logistics chain.

One of the first things I did was to recruit a sales-oriented CEO for the company. This was essential if Fredrik was to be able to concentrate on the product development we needed to take the business to the next level. What came next was an intensive period of work on strategy and sales. One of the results of this was our cloud service for charging. We were fast out of the gates, as the buyers still hadn’t realised how important the cloud and the right software would become for efficient charging. We created a vision, a mission and a long-term plan for the development of the enterprise. Looking back on it, this was an amazingly creative period in the early phase of the company.

Did Charge Amps follow the typical pattern for a start-up, or were there any special aspects to its development?

I guess we were pretty normal, but the market was pretty immature, which means that we and the market developed in parallel. We were powering the strategic planning work for product development and visionary thinking about how we could develop our sales while working operatively with the everyday tasks. In practice, this meant that I was packing boxes in the warehouse and assembling IKEA shelving units. I even brought my daughter in to help with packing products.

At the same time, we were careful to keep an eye on our liquidity; we wanted to make sure there was always cash in the till and to avoid having the flow of capital “drying up” – a problem that has beset most growing companies.

We were profitable by the end of the first year, although by only a small margin. But when we started developing more advanced products, we needed access to further development resources. This meant opening the company up to bring in new investors, and that marked the start of the investment journey we have been on ever since. We soon realised that our capacity to compete with major global players was dependent on us having plenty of resources, solid support behind us and the ability to act quickly, especially with regard to product development. So the working relationships with the economic association OK Ekonomisk Förening and the power company Skellefteå Kraft – who are still major co-owners – were absolutely essential in bringing us to where we are today. Simply put, we would not have made it this far without the support of such large, powerful organisations.

Wasn’t there a dip in the success curve at some point?

Obviously there have been challenges. We were working on the Charge Amps Ray 1 and Charge Amps Ray 2 solutions that were intended to replace the previous Spark solution – our first product, which we were going to have to discontinue on account of an EU directive that required a change in the position of the EVSE unit itself.

And in the middle of all that, we were busy with the development of our first charging station, Charge Amps Halo. Don’t forget that we were still only a small organisation, so having to do all this at the same time meant that we were facing challenges where making our deliveries was concerned, and we were on really shaky ground at one point on account of a shortage of income. It was an incredibly tough time, but not uncommon for a growth enterprise.

We were lucky that we already had strong co-owners, such as OK Ekonomisk Förening, covering our backs. Fredrik and I also stepped up and supported the company to help us through this difficult period. I must admit that there were a great many nights over the late autumn and Christmas period that I didn’t sleep all that well.

What’s your role today, and how is the future looking for Charge Amps?

For the first few years, I had a varied operative role at the company. When we appointed a new CEO in 2017, I took on a more supportive role, initially as part-time board chair and now as an extremely active board member.

Charge Amps has a hugely important role to play with regard to powering this market forwards. Our emphasis on user-friendliness, intelligent software, durability and design are major advantages for us, now that more and more consumers are having to choose their charging equipment. We started Charge Amps by creating what users needed, and that concept continues to guide us today.

The electrification that is currently taking place is creating a completely new ecosystem and behaviour, and we will always represent the users’ perspective in that context. This is what we’ve done since day one. For example, it’s only natural for us to find a versatile way to merge hardware and software, and everything we do is not only ergonomic, but also hard-wearing and as sustainable as can be.

So it’s just as natural that we’ll continue to take the lead in development in the future. Everything we launch will be carefully considered, with the emphasis on what’s best for users and the environment. This means that our products must be able to cope with our demanding Nordic climate, and that we must assure quality down to the smallest detail.

I no longer need to keep tabs on our liquidity, or to cut lead times in our logistics chain; instead, I can focus on strategic growth issues, which I find really exciting and a lot of fun. A company is like a family member, and you inevitably reflect the health of the company – so I’m delighted to report that Charge Amps is now a healthy and rapidly growing teenager, well on the way to joining the adult world.